In one of my recent blogs, “Education: Boys vs. Girls”, I discussed the possible factors that affect how girls and boys are taught and learn, and subsequently, the differences between the academic performance of both males and females.

Additionally, this topic itself can be further explored by analysing a related topic: Women and Girls: Breaking the ‘Glass Ceiling’.

Through my analysis, I will attempt to determine possible reasons for females breaking the proverbial ‘glass ceiling’ – or the invisible barrier that keeps someone from rising beyond a certain level in a hierarchy – and beginning to seek employment outside of the home.

Women and girls are no longer satisfied by merely filling positions that are stereotypically ‘female’. They strive to not only seek employment outside the home but filled positions in the workplace that were once male-dominated.

How have females in society been able to make such strides in the formal education system? Furthermore, how were they able to, and continue to, ‘break the glass ceiling’?

Discussing the topic “Women and Girls breaking the ‘Glass Ceiling’ in relation to Occupations”, and considering the factors that would have influenced this, is necessary, and I hope this discussion will develop a better understanding of this phenomenon. 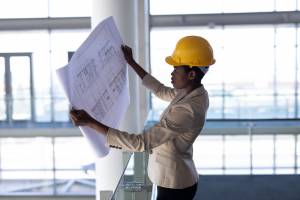 From a historical perspective, this phenomenon of females breaking the ‘glass ceiling’ may not have even been a possibility.  Historical research shows that the provision of education was based generally on gender and for the simple reason of expense.  As a result, families believed that it was not profitable to invest in females since there were going to be fewer returns on investment since women and/or girls were viewed as being inferior to men and/or boys.  In essence, females were not to be educated in the same manner as males.  This, of course, was the foundation that resulted in specific occupations being male-dominated, like doctors, pilots, soldiers and lawyers.

Despite the unwillingness of lecturers to educate females in the same manner as males, a few options existed at that time for women and girls to be educated through formal schooling. These options were very stereotypical and included cookery and etiquette school.

As time progressed, these banal educational options were viewed as social injustices as they ignored the variety of possible contributions females could make to society.

As a result of their efforts, along with the efforts of others who would have started the struggle, the number of females who were being formally schooled has increased.  More females are becoming lawyers, doctors and pilots, filling positions that were once stereotypically male-dominated.

This struggle partly laid the foundation for women and girls to break the ‘glass ceiling’ in many areas. Females began demanding equal rights in all spheres of life. Girls continue to out-perform boys as they were able to make the transition from not being permitted to receive formal schooling. Boys, however, have not been able to adapt to that cultural shift like females had already.

We should also consider the emotional factors involved, as girls are continually out-performing their male counterparts and taking up jobs that were formerly male-dominated.  I will discuss this in another blog: the effects of mixed schools versus single sex schools on boys’ egos.  Although they are distinct, all of these topics are interconnected and related to each other. 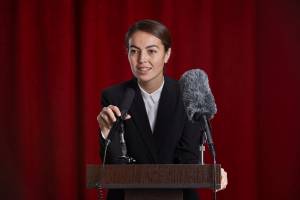 We hope that you found this article informative. Feel free to share your thoughts on women and girls breaking the ‘glass ceiling’. Make sure to share this article with someone who can benefit from it as well as follow our Bold Print Bookshop Facebook page to get more articles like this.

Finally, you can contact us at (868) 778-9388 if you would like to learn more about our educational products and services for children.